Someone once told me: “There are only two reasons a company fails. The leader gives up, or they run out of money.” For most leaders I know who are working to get a startup off the ground, trying not to run out of money is one of the hardest things to navigate, particularly in the first couple of years.

As anyone who runs a company knows, there are two ways that money flows: in and out. On the one hand you have dollars raised and revenue earned, perhaps money borrowed. On the other you have your expenses – salaries, travel, taxes, benefits, rent, materials, technology, and everything else.

The revenues grab the headlines. Fundraising stats often are considered newsworthy in and of themselves. But managing expenses is where the rubber hits the road. It is, after all, what you do with the money you’ve raised that counts.

Too often, however, CEOs see fundraising as a core part of their role but don’t invest enough time and resources into effectively managing their cash. Proper budgeting and spending controls are only introduced as expenses start to grow complex. In my role coaching New Media Ventures’ portfolio companies, and in my executive coaching practice outside of that, I’ve had several conversations with CEOs who are concerned about short runway. Immediately they want to talk fundraising strategy – how might they bring in more cash to extend their runway?

I should know. When I was CEO of Code2040, about two years after launching the organization, we got to a precarious point. We were having lots of traction programmatically, but the (comparatively) easy low-dollar fundraising of the early days, when we were going off an idea and preexisting relationships, was over. At our lowest point we were down to six weeks of runway.

Put the foundations of budgeting, expense tracking, and other financial management and accountability tools in place early.

I knew I needed to spend way more time fundraising – the team was still small and I was the only person focused on revenue. At that moment we couldn’t afford to have me split my time. But before I doubled down on development and sales, I first turned my attention to our budget.

Luckily at that point we had a budget we were working off of. In the early days, many startups don’t get much more granular than salaries plus other expenses, and sometimes even those are only tracked retroactively by tallying up credit card bills. We had mapped out a full projected budget for the year and had been tracking actuals against it.

I opened up our budget, took out the mental version of a red pen and started striking out line items. Anything that was non-core was gone. Anything that we could potentially get donated in kind was gone. I preserved existing headcount (i.e. no layoffs) but hiring was frozen. Travel budget: slashed.

By being ruthless with our expenses, I doubled our runway from six weeks to twelve weeks in an afternoon. Then the fundraising could begin, and I had enough time for it to pay off. By the time those twelve weeks were up I’d brought in over $2M in cash and commitments and I’d learned my lesson: controlling your expenses gives you the chance to control your future. If revenue is drying up, slow spending – fast. While I was CEO our runway never dropped below six months again.

If you’re raising a round of funding, you’ll be flush when you close, but you’ll be spending down that money until it’s gone or your revenue engine kicks into high gear (hopefully the latter happens first!).

As Entrepreneur-in-Residence, I organized a webinar on the topic of Managing Your Cash on Hand for the NMV portfolio companies. It was the most-voted-for topic from a long list of topics critical for running a startup. Joining me on the webinar were Roddy Lindsay, former CEO of NMV portfolio company Hustle, and Brandon Salesberry, principal of the Salesberry Group, an accountant and financial advisor to many civic tech startups.

Here are some of the key takeaways Roddy and Brandon shared from their own experience managing cash.

In a startup there are lots of roles for which you can hire someone junior and train them up. Financial leadership is not one of them. Hire someone experienced who can set a strong financial foundation for your company. These people are expensive. In the early days, however, you probably only need someone for a few hours a month, so you can hire a consultant or a firm.

As Roddy said: “You should add financial leadership to your team much earlier than you probably think necessary. Even if the expense seems high at the time, they will pay for themselves in savings later.”

2. Put spending controls in place from the beginning

Put the foundations of budgeting, expense tracking, and other financial management and accountability tools in place early. Everyone at your company should be operating off of a pre-approved budget. People should have pre-authorization to spend only up to a certain limit based on standardized criteria like role, tenure, or seniority. Have a system for requiring and submitting receipts.

There are lots of software solutions for this. Brandon recommends cloud-based Quickbooks Online and the associated apps that run on top of it. And many people don’t know that your bank can help you to codify pieces of your financial policies as well – they or your lawyers often have templates you can use.

Controlling your expenses gives you the chance to control your future. If revenue is drying up, slow spending – fast.

Expenses are easy to cut, salaries are harder. Layoffs can be damaging to morale and to a company’s reputation, not to mention challenging for the employees affected. Have a system in place for determining headcount and stick to it. Invest in a people leader before growing headcount dramatically so that (among other things) you have a coherent system for compensating your team that fits with your financial strategy.

When things are going well, the opportunities can feel overwhelming and it’s tempting to grow headcount to keep up. “Having a hiring plan that your finance lead has signed off on is critical at that stage,” advised Roddy. “Managing this tension is one of the CEO’s hardest jobs.”

4. Understand and differentiate between different types of revenue

If you’re raising a round of funding, you’ll be flush when you close, but you’ll be spending down that money until it’s gone or your revenue engine kicks into high gear (hopefully the latter happens first!). Don’t overspend initially. If you’ve got recurring revenue, use that to help calibrate your expenses. Don’t confuse committed revenue with cash in the bank. When it comes to expenses, the former isn’t useful until it’s the latter.

“You have to understand your various revenue streams,” Brandon advises, “not just your overall top line revenue – including which are more predictable than others.”

5. Compare budgets and forecasts to actuals every month

Revenue forecasts and expense budgets are necessary but not sufficient. Compare both to actual revenue and actual expenses each month, and dig into any differentials until you thoroughly understand them. Update your forecasts as you learn more, but be careful not to use past overperformance to predict future overperformance on either the revenue or expense side. Getting this wrong increases the risk of finding yourself in a precarious financial position.

Roddy points out that it’s not just the top line review of budgets-to-actuals that matters, but the data that feeds into it. The point is to understand any differences so you can make better decisions. “If you don’t understand a discrepancy,” Roddy says, “ask questions until you do.”

When you create a budget, create three. The one you think will come to pass, the worst case scenario, and your dream scenario. Plan to use the one that you think will come to pass, but keep the others handy. That way you’re prepared if your revenue projections were too generous and you have to cut expenses. Similarly, if you find yourself flush, you can avoid making ad hoc decisions on how to spend the money because you’ve thought through how to use that money in advance.

But just because you’re dealing in scenarios, there’s no need to get elaborate: “Keep it simple,” Brandon advises. “Worst Case, Most Likely, Best Case are usually sufficient.”

And a bonus if you work in political tech:

Politics is an incredibly cyclical business. Your revenues may swell and shrink 2-3x depending on the election cycle. If your customers are campaigns, then your customers will cease to exist after a given date – and if you’re not paid in full before then, you may never see the revenue owed. You may want to budget in 2-3 year cycles.

For example, some political tech startups budget and fundraise in two-year cycles to account for the cyclicality that comes with elections and campaigns. That way they aren't caught off guard by predictably lower revenues in non-election years and higher expenses in election years.

Fundraising stats often are considered newsworthy in and of themselves. But managing expenses is where the rubber hits the road.

One of the things I was struck by at the end of the webinar is that, while a lot of the advice Roddy and Brandon shared seems intuitive when you spell it out, that’s not the same is it being top of mind when you’re in the thick of building a startup. I surveyed the portfolio companies who had been on the call, and within 24 hours of hanging up, nine of the companies already had concrete plans to adopt new financial policies or strategies based on what they heard.

So in that spirit, I hope this collection of perspectives and advice is as helpful to you as it was to them!

How to Think About Political Sales 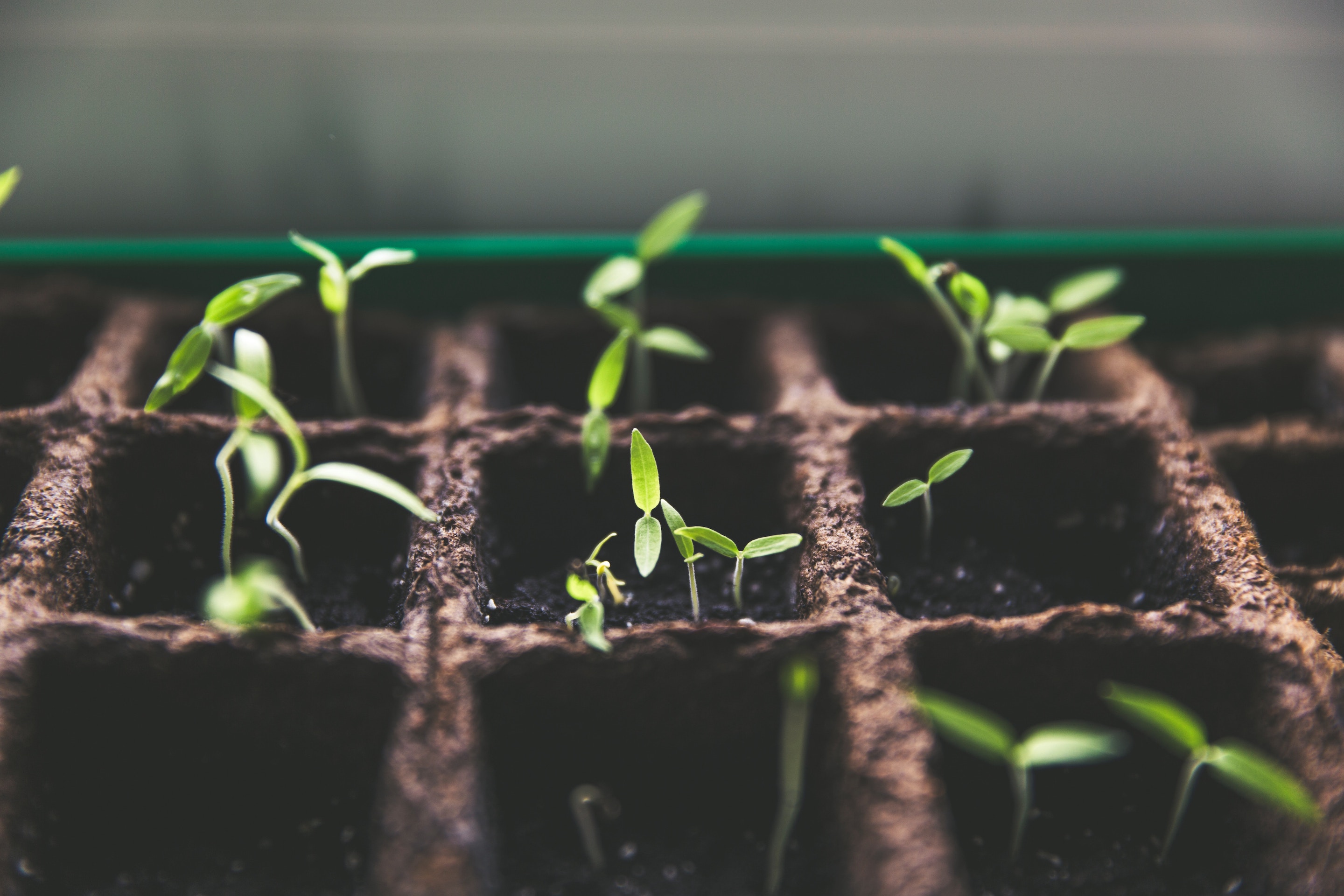